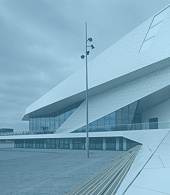 Gay Pride Amsterdam is one of the best attended and fun pride events in the world. This year Prides week is held from the 25th of July until the 2nd August 2015, with all major events taking place between 31 July - 2 August. Make sure you book your hotel early! Amsterdam will have street parties all week long, the best club parties and of course the famous Canal Pride is scheduled for Saturday, 1 August. Gay pride is one of the busiest weekends of the year in Amsterdam and a enjoyed by all.

On Saturday August 1, the day after the AIDS Impact conference ends, the highlight of the Amsterdam Gay Pride weekend is scheduled! Over 80 decorated boats sail along the Prinsengracht canal in a carnival like atmosphere of dance and thematic floats and costumes. After Kings day it's the largest open-air party event in the city and it is open to all! The parade starts at 13:30 at Westerdok (near the Central Station) and the route follows Prinsengracht canal and the Amstel river to Oosterdok.
Thousands of spectators gather early at the side of the canals to secure the best observation spot. Others enjoy walking along the route, from the Central Station side towards the Amstel. Many people have private parties on small boats on the side of the canal. For more details please see www.amsterdamgaypride.nl 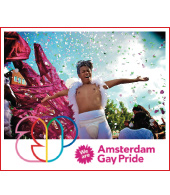